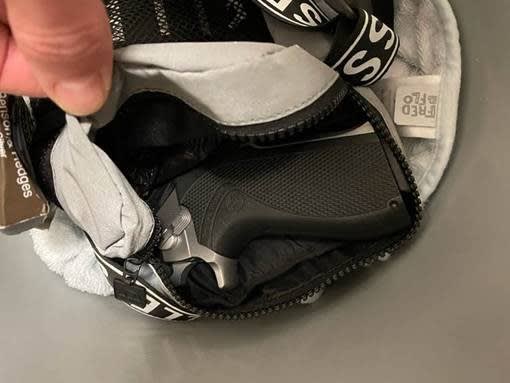 The gun recovered from an address in E3 Source: Met Police

The Police were called in the early hours of Wednesday by a terrified young woman who reported that she had been threatened by a male who produced a firearm from his man-bag after a meeting at a residential address in Whitechapel.

The man brandished it and intimidated her, warning that he would return again later with ‘the boys.’

Around 24 hours later, after a series of successful enquiries, a 28-year-old suspect was tracked down to an address in E3.

Armed officers carried out a warrant and recovered a silver handgun, ammunition, and a quantity of suspected class A drugs.

The gun and other items of potential evidence are now in a secure location and one man is in custody at an east London police station after being arrested on suspicion of possession of a firearm.

DS Charlie Leather, of the Met’s Trident command, said: “Thanks to the prompt actions taken by officers we have removed another dangerous weapon from the streets that could have been used to potentially injure or kill someone.

“The victim in this incident has been left understandably very shaken by her experience.”

If you have any information about someone you suspect may be carrying a knife or other weapon, contact Crimestoppers 100 per cent anonymously on 0800 555 111. Advice and support is also available for those with concerns through organisations including Knife Free and Fearless. 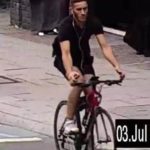 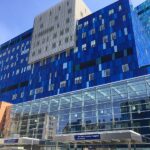