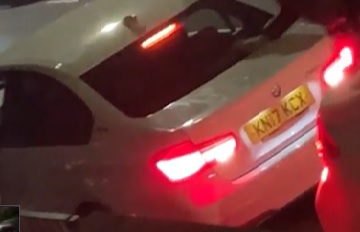 Police were called just before 3am on Thursday, 3 June to reports of a car having been stolen on Priory Street. The vehicle is a white BMW 3 Series.

The driver, with a woman in the passenger seat, was parking on Priory Street when two men approached the car on either side from St Leonard’s Street.

The men demanded the driver to open the door and get out which he refused to do. When the woman called 999, the two suspects ran away.

A short time later, the driver and the woman felt satisfied that the men had left, unlocked the car and opened the doors. As they did so, the same two men approached the vehicle again, demanding the driver to get out. He refused until one of the suspects produced a knife and a handgun, pointing them towards the driver.

The suspect is then reported to have said ”get out quickly or I’ll shoot you” which made the driver fear for his safety and both the woman and the driver quickly got out of the car.

The two men then got into the BMW and were joined by a third man before driving off at speed.

The three suspects are reported to be in their 20s, black, slim build, wearing dark-coloured tracksuits and balaclavas covering their faces with only their eyes being visible.

Detective Constable Sasha Halai, who is investigating, said: “This incident has left the victims shaken. We know that a number of people saw what happened and we are appealing to them to get in touch. Any detail, photos or videos could help with our investigation and find the suspects who are potentially armed.

“We’re yet to locate the car – a White BMW 3 Series with number plate KN17 KCX – and if you’ve seen it, please let us know. The recovery of the vehicle is vital as we don’t want to lose any forensic opportunities.”

Anyone with information should call 101, providing the reference CAD800/3 June.

Information can also be provided to Crimestoppers, anonymously, on 0800 555 111. 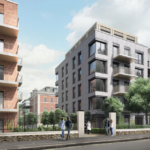