Two men who killed a man in his own home have been sentenced.

Keith Sinclair, 60, died after being repeatedly stabbed in the chest at his Tower Hamlets home.

The two men were sentenced on Friday, 1 December to 18 years’ imprisonment.

The court heard how, on Sunday, 23 April, at about 22:50hrs, Dunn and Tutton went to Mr Sinclair’s flat in Riemann Court on Bow Common Lane, E3.

Also in the flat was a 55-year-old man, who was a friend of Mr Sinclair.

This man told police that Dunn and Tutton had arrived at the flat and knocked loudly on the patio door. Both men appeared to be drunk and were carrying beer and other alcohol.

After opening a few beers, the real reason for their visit emerged. Dunn and Tutton demanded that Mr Sinclair go with them to rob a drug dealer with whom they were having a dispute.

Mr Sinclair refused, and the men threatened to stab his friend if he did not assist them with the robbery. A heated argument erupted and Dunn spat on Mr Sinclair, who then tried to eject the pair from his flat.

There was a struggle and Mr Sinclair was then bundled into the hall by Tutton. It was at this point that he was fatally stabbed.

Both men also attacked Mr Sinclair’s friend. Dunn hit him over the head with a bottle and struck him on the arm with a chair using such force that it broke his arm. As Mr Sinclair’s friend fell onto a nearby sofa, Tutton who was still armed with a knife, stabbed him in the leg.

Both Tutton and Dunn then ran from the flat.

Mr Sinclair’s friend managed to leave the flat and go onto the street to call for help. Neighbours heard his cries for help and called 999.

Police, the London Ambulance Service and London’s Air Ambulance attended, and found Mr Sinclair lying unresponsive on the floor between the hallway and the bedroom, with a neighbour trying to assist him.

Despite all the efforts to save him, Mr Sinclair was pronounced dead at the scene. His friend was taken to hospital where he underwent surgery on his arm.

A post-mortem examination carried out the next day found that Mr Sinclair had three stab wounds to the centre of his chest and two to his collarbone area. Any of these wounds taken individually had the potential to be fatal.

An immediate investigation began by detectives from the Homicide and Major Crime Command (HMCC).

The men were linked to the crime by witness testimony, CCTV and forensic evidence.

Dunn was arrested on Thursday, 27 April and charged the following day with murder and grievous bodily harm.

Tutton was arrested on Tuesday, 2 May and charged on Wednesday, 3 May with murder and grievous bodily harm.

Detective Inspector Paul Considine, of the Homicide and Major Crime Command, said: “Keith Sinclair was attacked and killed in his own home because he would not assist this pair in their criminal activity. Dunn and Tutton are two violent men who have shown little concern or remorse for their actions. Both men now face a long time in jail, and I am sure London will be a safer place because of it.”

Keith Sinclair’s family, said: “Keith was part of a very large and loving family: A son, one of eight siblings, a father and a beloved granddad. He was extremely popular in the local community with around 300 people attending his wake. We are devastated by his death which has left, not just a hole, but more a great big crater in our lives.”

A 41-year-old woman [B] who arrested on Thursday, 27 April on suspicion of murder was released with no further action. 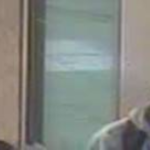