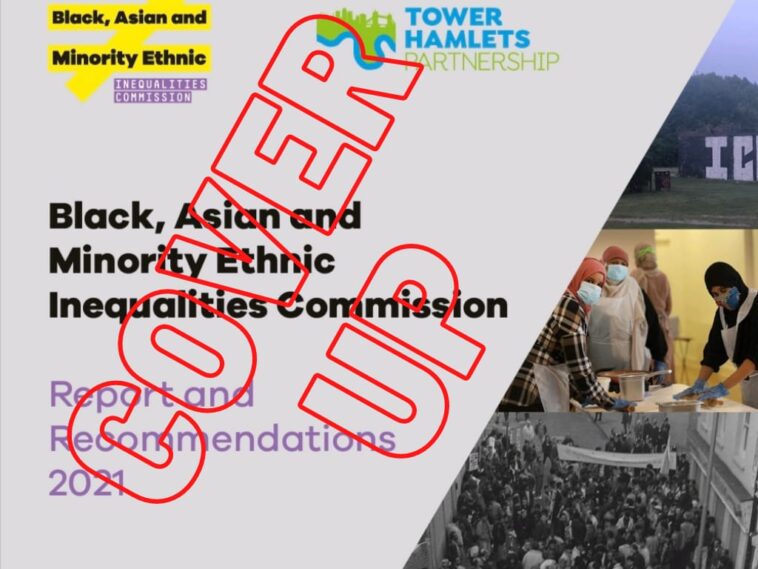 On Thursday, 18th of March 2021, Tower Hamlets Council launched its Black Asian Minority Ethnic Inequalities Commission Report. Over that weekend, meetings were held about the report by participants and stakeholders in Tower Hamlets. The common mood being anger. Many believed that the report published was nothing short of a cover-up of serious and credible allegations of racial discrimination by Tower Hamlets council and other public and third sector service providers. By Monday 22nd March 2021 an open letter was launched, asking residents to reject the cover-up by Mayor John Biggs and his cabinet.

By the time of writing this report, in the space of 48 hours, the letter has garnered over 600 signatures. The letter has been widely distributed on social media. With one local Councillor, going on social media to say he will attend Tower Hamlets Cabinet meeting to convey residents anger.

The open letter is addressed to Mayor John Biggs and his Cabinet members:

“We the residents of the London Borough of Tower Hamlets are raising our concerns, in relation to the Black, Asian and Minority Ethnic (BAME) Inequalities Commission Report launched on 18th March, 2021.

We believe that the current proposal tabled at the cabinet meeting on the 24th of March 2021 is tantamount to a cover up in regards to serious allegations of discrimination direct and indirect by Tower Hamlets Council and its partners.

Contrary to the aims of the commission, the report does not include tangible, practical and time-specific targets to tackle the systemic racism faced by the BAME community in Tower Hamlets. Mere recommendations are not enough to tackle the root cause of the problems. Whilst the Commission acknowledges that race plays a big part in preventing the BAME community from accessing basic resources, it does not condemn key stakeholder groups responsible for many of the ills identified in the report. We are deeply concerned that the time and money invested in commissioning the report will lead to no significant changes in the quality of life for the residents of Tower Hamlets.

We are therefore calling on the Mayor John Biggs, to do the following:

Consult the residents to gather views and responses to the recommendations and for it to be translated into community languages.

Set time-specific targets to evaluate progress made over time in housing, health, education and employment.

Hold leaders in the aforementioned areas accountable for continuously failing to deliver acceptable outcomes for the BAME community.

Ask major establishments to draw up a timeline to address the pervasive institutional racism that hinder the progress of the BAME community.

These actions must be the first step in a borough-wide strategy to eliminate structural racism in the council and its services. It is not enough for public servants to identify the scourge of racism. You must be actively involved in calling out and sanctioning organisations that seek to divide the community by splitting the residents of Tower Hamlets into the camps of ‘us’ and ‘them’.

We will not let our suffering, the daily discrimination we face to be used as a political rebranding exercise. We demand immediate action to a problem which affects the lives of the majority in Tower Hamlets residents.

Link to the Open Letter: 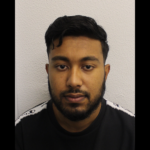 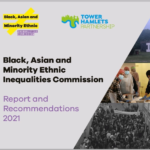