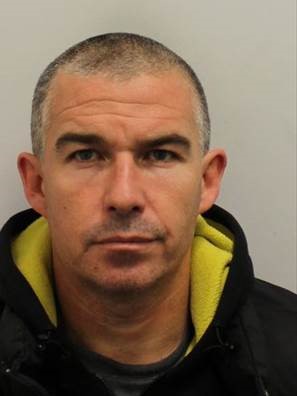 A man has been sent to prison for nine years after around £3million worth of cocaine and MDMA were found in his car.

Dean Garland, 46 of Sunnyside Road, Epping, was driving when he was stopped by police on Thursday, 24 October.

He was sentenced on Thursday, 12 March at Snaresbrook Crown Court.

Detective Inspector Glenn Butler, from the Met’s Specialist Crime North Command, said: “Thanks to the hard work of Met officers, a massive quantity of drugs that were heading for our streets have been seized and destroyed. These drugs would have fueled the violence and stabbings that have taken place across London and the rest of the country.”

At around 2pm on Thursday, 24 October 2019, Garland was stopped by officers in Havannah Street on the Isle of Dogs.

As officers approached his white Ford Transit , Garland was seen to discard a set of keys in the passenger foot well.

Garland was stopped under section 23 of the Misuse of Drugs Act 1971.

A search of the vehicle resulted in four large blocks (approximately 4kg in total) of what was suspected to be cocaine found within a black rucksack inside.

Garland was arrested for possession of class A drugs with intent to supply. He was searched and found to be in possession of £465 cash, a Nokia mobile phone, and a car key, which was later identified as being the key for another the white Ford Transit.

Once Garland was in custody officers conducted a thorough search of the vehicle. They discovered a secret compartment in the rear of the car that had a hydraulic door controlled by a key fob attached to a set of keys which included the key to the van.

Within the hide a significant quantity of suspected drugs and cash were seized. These were then tested and found to be 12kg of cocaine; 200g of Cannabis Resin; 45,000 MDMA tablets and £38,000 cash.

Later the same evening officers conducted a search warrant at his home address. At this search the other white Ford Transit was located and parked outside the address. Another hide was found in the back of this vehicle that contained a further 13 blocks of class A drugs as well as £5,000 cash.

Garland was interviewed and answered “no comment” to all questions. He was charged the following day (Friday, 25 October, 2019) with one count of possession with intent to supply a controlled drug. 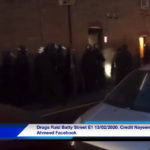 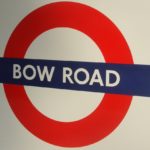