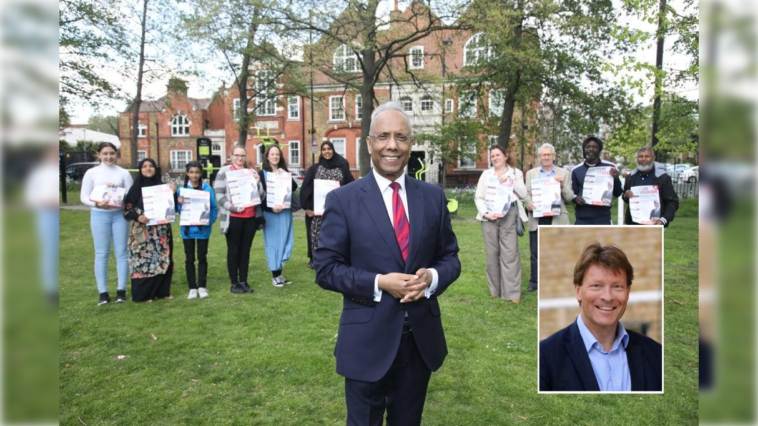 The witch-hunt that never really stopped, starts again with subtle questions and innuendos to rebuild a prejudiced case instead of analysing and learning from Aspire’s success in booting out the incompetent and seemingly arrogant administration of Labour party from power in Tower Hamlets.

Aspire is a grassroots political party supported by ordinary folks that put forward a radically ambitious manifesto – some call it ‘left-wing’, others describe it as ‘socialist’, I prefer to define it as ‘people-centric’ with clear policy pledges dealing with most pressing issues faced by the borough and its diverse population. Aspire is not averse to environmental concerns but is unapologetic about putting the interests of residents first in one of the most deprived borough of London. They challenge the tribalism of increasingly discredited mainstream parties – the so-called national parties are guardians of status-quo and their lack of leadership is, at the very least, partly responsible for the current cost-of-living crisis and the resultant misery for people. But, in delivering such a spectacular result, Aspire has overset the apple-cart and upset its opponents, political establishment and the hard right.

As is the case with previous such smears against the good people of Tower Hamlets, the latest is this weird attack video, dubbed as ‘Sunday Sermon’ hosted by Murdoch-owned Talk TV, attacking Aspire party. This is being pushed to go viral in the dark echelons of hard right and is being systematically spread across Tower Hamlets and beyond to develop another predisposed narrative about Tower Hamlets.

Some people may know that Murdoch-owned Talk TV is a new television channel. Despite much razzmatazz, it is struggling to attract and hold target rating points – a technical term for viewership. It seems to want to overcome this qualitative ‘weakness’ by choosing to be deliberately sensational to garner viewership but this video is a poor and incompetent attempt. Sadly, the Sunday Sermon’s Tower Hamlets episode, hosted by Talk TV, is not only devoid of key facts but also fails to properly research or understand the subject matter – more on that in a moment. A good starting point would be hiring a few decent fair-minded researchers so such glaring inaccuracies apparent in this video are avoided in future.

To make matters worse, this ‘sermon’ is hosted by a former long-term donor and member of the Conservative Party, Richard Tice. He is a notorious Eurosceptic and co-founded the pro-Brexit Leave.EU campaign group. The attack sermon from Mr Tice comes after Nigel Farage’s tirade against Tower Hamlets. If this was not alarming, Mr Tice’s Talk TV is owned and operated by the same company that ran the disgraced red top tabloid ‘News of the World’ which was forced to shut down after the infamous phone-hacking scandal. It is matter of record that the newspaper, ran by the same company as Talk TV that hosted this video, had hired a private investigator who intercepted the voicemail of missing British teenager Milly Dowler, later found murdered. Senior figures in the tabloid newspaper were held for questioning by police investigating the phone-hacking and corruption allegations, alongside former Daily Mirror editor Piers Morgan. Arrested on 8 July 2011 were former editor Andy Coulson and former News of the World royal editor Clive Goodman, the latter jailed for phone hacking in 2007. The former executive editor Neil Wallis was arrested on 15 July 2011 and former editor Rebekah Brooks, the tenth person held in custody, on 17 July 2011.

Now, let’s analyse the content of this video which makes various claims – the primary one being how mysterious it is that Aspire has won despite very limited or non-existent resources and social media presence. One can presume that to be a euphemism or innuendo about some dodgy practices or communal politics. Would they say the same about Croydon and Harrow where Labour was thrown out of power? Of course, not.

But Aspire and Lutfur Rahman’s success is anything but a mystery. Tower Hamlets political landscape shares a common denominator with Harrow and Croydon and Tower Hamlets – these Labour councils and administrations became totally out of touch with the people they were there to represent and believed in their echo chambers.

If Mr Tice had bothered to analyse, he would see that Aspire’s support came from a wide range of people: white working class against Low Traffic Neighbourhood, Eastern Europeans and Afro-Carribean communities across the age groups and borough including young, elderly, families, middle class fed up with inept Labour administration as well as British Bangladeshis.

Of course Aspire and Lutfur Rahman faced unprecedented opposition but they won the argument due to their clear pledges, hard work and credibility.

Just a rudimentary research would have demystified the obvious for Mr Tice and Talk TV. It would reveal that Aspire had a publicly available manifesto – a radical and ambitious manifesto which was, along with their achievements, was put everywhere leading into the local elections. This included key policy pledges about stopping poorly consulted Low Traffic Neighbourhood schemes that disproportionately affected the already deprived families; those on special needs while hampering emergency service vehicles to drive into local roads to help residents when required. Aspire’s programme clearly highlighted their ambition and pledges to start addressing key issues relating to housing, education, young people, elderly, social care and environmental issues to name a few areas. Lutfur’s Aspire party has been banging on about it for years in one form or another while holding the Labour administration’s feet to fire for their arrogance, incompetence and tribalism despite unfair hearing by the many in mainstream press who have failed to properly understand and research Tower Hamlets.

A mere cursory glance would unearth a heavily guarded secret that Lutfur’s Aspire ran a successful mayoral referendum campaign prior to this success against the combined caucus of so-called mainstream parties put together. Aspire also previously won council by-election seats before the 2022 local elections.

Aspire’s figurehead, Lutfur has an extremely active Facebook page with more than 13,000 followers/likes supported by his bustling Twitter account. Their articles, comments, interviews and statements are published in various fair-minded national and local media outlets.

Unlike Westminster parties, Aspire comes across as genuinely people-powered entity with its activists, supporters and candidates volunteering many hours of hard work, and you can’t put a price on that. Faced with unprecedented opposition from its political opponents to stop it from registering as a party with the Election Commission, Aspire also hired a well reputed lawyer and complied with all necessary declarations to the relevant bodies and continues to do so.

Aspire supporters have a strong WhatsApp presence rooted in local neighbourhoods throughout the borough as well as on the ground. There is no denying that Aspire’s successful  campaign was greatly helped by Tower Hamlets Labour’s incompetence and arrogance in power, not to mention their obsession with negative tactics solely focused on at Lutfur Rahman’s character assassination.

So, this hit-piece by a former Tory politician and a co-founder of Brexit Party does not even deserve a ‘nice try mate’. At best, Talk TV’s ‘Sunday Sermon’ Tower Hamlets episode is incompetent and shoddy journalism if we can call it that. At worse, it exposes the deep prejudices that still unfairly persist about the good people of Tower Hamlets.

If it’s still mysterious, let me tell Talk TV and Mr Tice a little secret. Lutfur and Aspire’s campaign reminds us about an old truth that many old Labour campaign strategists know well: talking to residents is the best way to win votes, it is still the gold standard of campaigning. Word of mouth and conversation are still the way to go even in the age of social media and metaverse. Aspire’s political opponents should try that instead of political attacks, character assassination and slanders they seem to prefer.

Hard work and dedication of Aspire’s grassroots supporters is not a mystery, Mr Tice, because Tower Hamlets is home and our children’s future depends on how it is governed. Perhaps, instead of obsessing over Twitter followers and social media presence, like so many in the Westminster bubble, Aspire actually campaigned the old-fashioned way – held conversations and listened – and people of Tower Hamlets reciprocated.

“You were born with wings, why prefer to crawl through life?”
― Rumi” 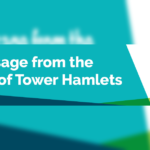 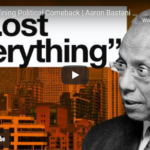