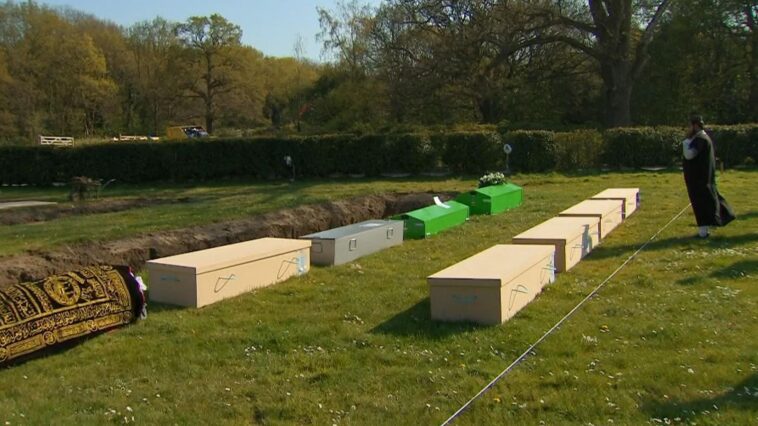 Recently Tower Hamlets Council published its ‘Inequality Commission’ report on racial disparities. Speaking to grassroots stakeholders and those who took part, the report and process raise more questions than it answers. In Tower Hamlets, 10 years after the Equalities Act, how did we come to this?

Looking at the social media feed from Tower Hamlets Council and the ‘usual suspect’ of outriders. A few days ago, a great battle was waged and won, against structural racism. The victory was established through the publication of Tower Hamlets Councils, Black Asian Minority Ethnic Inequalities Commission Report. So when I arrived from work at the local magistrates in this brave new world of #AntiRacist Tower Hamlets, I was surprised to see missed calls on my phone, accompanied by messages and an invitation to a last-minute virtual meeting.

The meeting was attended by various stakeholders in Tower Hamlets, who gave evidence to the commission. At the meeting, I heard how angry they were with the report, the lack of specific targets, nor any measures of progress, with no stated mechanisms for accountability. Reading between the lines of the conversations at the meeting, there was a deep level of mistrust of Tower Hamlets Council and a suspicion that the report was a mere exercise of virtue signalling, by a discredited local establishment for political purposes.

The view in the meeting was, the report although pushing in the right direction, its recommendations were full of high-minded fervour for empty and sappy platitudes. The lack of specific data in the report was telling. A tendency to make a fetish of procedure over substance, for example, the report mentions the word ‘target’ over 40 times with no mention of any actual targets. Giving an illusion of a technical fix to a political problem. There was the rage at the meeting against the ability of the report to screen the mounting carnage of everyday discrimination faced by many, through what looks like a dictation of a conversation, over Twinings tea and shortbread biscuits. The high-fiving on social media by the local ‘great and the good’, looked to many, like an aestheticizing marketing of ‘other’ peoples oppression and a rebranding exercise posing as anti-racist activism.

A catalogue of failures?

In an initial reading of the report, it appears that Tower Hamlets Council along with ‘partners’, has failed, a decade after the passing of the act, in its Public Sector Equalities Duty under the Equalities Act. In particular the legal and statutory duty, of advancing equality of opportunity between people who share a protected characteristic and those who do not.

The test for meeting this duty is whether Tower Hamlets Council has given sufficient due regard: first, to removing or minimising disadvantages suffered by people due to their protected characteristics; second, to taking steps to meet the needs of people from protected groups where these are different from the needs of other people; third, encouraging people from protected groups to participate in public life or in other activities where their participation is disproportionately low. Reading the report, it appears (and I stand to be corrected) Tower Hamlets Council has consistently failed over a 10-year period.

The everyday cost of Inequality

The racial disparity in Tower Hamlets is largely a proxy for poverty, the lack of socioeconomic status and the segmentation of the workplace. Looking at facts and lived experiences, on a group level, someone who self identifies as BAME is more likely to grow up poor, more likely to have a low income as an adult, and more likely to be in frontline work. Characteristics shared with left behind demographics in our working-class communities. These conditions are not innate to someone’s ethnicity but socially structured, reinforced every day through direct and indirect discrimination.

As confirmed by the report, residents in Tower Hamlets from the BAME community live a life of unremitting toil, made worse by everyday racism, ranging from aggravated assaults, discrimination at work, to poor delivery of public services. Is the report going to be added to a long list of reports on the issue, once noted, consigned to gather dust? Or will it be a springboard to action, benefitting current and future generations? A report with mere hashtags, not accompanied by a clear plan of action, time table and assigned responsibilities. Will be seen as a lost opportunity.

At the time of the launch of the report by Tower Hamlets Council, I was at the local magistrates performing my duties as an officer of the court. On that day we were all perplexed by the appearance of a non-English name on our list, as there was no one of that name at court or held in custody. After making further inquiries we found in the records, a letter from the coroner. The court clerk read the letter and adjoining details aloud. The person in question has just turned 18, he lived a troubled life in challenging circumstances. After being recently made homeless, he was found on the railway tracks, dead. The clerk then paused, struggling to hold her tears back. Proceedings in the court came to a halt…. Then the matter was formally concluded, and we quickly moved on to the next case.

A young man, whose short experience of life was structured by racism, now a decomposing body buried in an unknown grave. To be counted in the statistics, incorporated into reports, to be noted by the powers that be. #AntiRacist #TowerHamlets.

“A socialist is just someone who is unable to get over his or her astonishment that most people who have lived and died have spent lives of wretched, fruitless, unremitting toil.” – Terry Eagleton 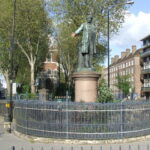 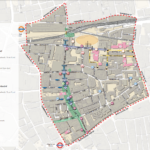